In recent years the feminist community has been calling for an increase of “strong female characters” in popular media, be it books, movies, video games, or any other form of storytelling. And I think that was probably a mistake.

Don’t get me wrong; the intentions were good. Of course we need better representation of women in pop culture. The mistake, I think, was in the word choice of our war cry. We demanded strong female characters, when we should have demanded complex female characters. Of course we want to see more “strong” women in popular media. Of course we have grown tired of being the damsels in distress, the passive princesses waiting in the tower to be rescued. But I am also tired of being the two-dimensional love interests, the tragic death that inspires that male hero, the busty background decoration, the sexy but silent prize to be won.

As a result of this linguistic misstep, the layer of grimy misogynistic film that currently covers popular media was given a crack to seep through. “Look,” the writers said. “We gave this one a gun. She even knows how to use it. Now sit down, shut up, and leave us alone” Our desire for more balanced and more progressive representation was met with faux-feminist films like “Sucker Punch” and are you happy now nudges in the form of characters like Doctor Who’s River Song and Shelock’s Irene Adler. (Okay, so maybe I specifically have some Steven Moffat issues, but the point stands). On the surface it certainly seemed like progress, but if we measure progress on a scale of Princess Peach (constantly kidnapped and 100% useless) to Princess Zelda (constantly kidnapped, but plays mild roles in the plot and sometimes shoots a bow in the final battle), we are setting ourselves up for a low scoring game. What the early crusaders of this battle failed to recognize, or at least failed to articulate at the time, is that a character can be strong and still be two-dimensional, male fantasy fulfillers, or exist for no reason than to complicate or further a male character’s story. 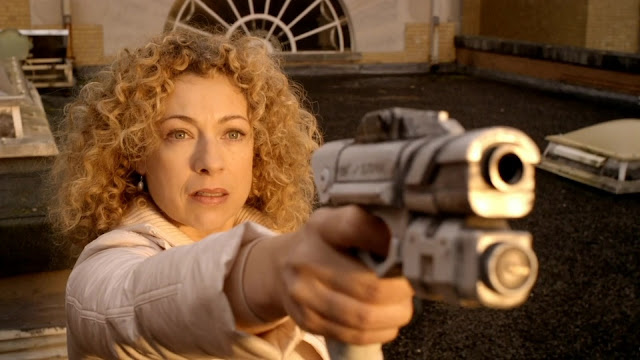 Let’s take River Song, for example. I do not believe anyone would accuse her of being weak; she knew how to take care of herself, was extraordinarily headstrong, and certainly never let anyone boss her around. On the surface she seems like exactly the kind of character we have always wanted. But the more you consider her role in the story, the more apparent it becomes that she was more of a plot device than anything. She was a mystery, a point of confusion, someone neither the viewers nor the Doctor could make sense of (which, as it turned out, are the only kinds of female characters Moffat is capable of writing; oops, am I ranting again?). She is a recurring and prominent character for three seasons, but as soon as the truth about her past and her identity was revealed she was phased out of the story, a convenient and timely removal that Moffat had built into her character from the very first episode she is featured in, “Silence in the Library.” On top of that, her entire life revolves solely around the Doctor. She is kidnapped as an infant with the intention of training her to kill him; when she finally meets him she falls in love with him instead and spends the rest of her life chasing him throughout time and space, until at last her story ends (begins?) with her sacrificing herself for him in “Forest of the Dead.” In short, River Song did not exist independently of her relationship to the Doctor, and as soon as her role as the mystery in the plot came to a close her character was removed entirely. Not exactly my idea of brilliant representation. 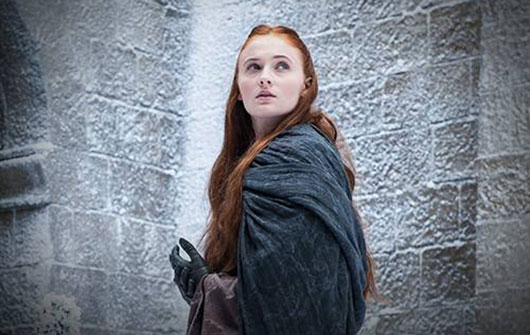 Compare River Song with Sansa Stark. She is far from being physically strong and she is certainly not a fighter, as is emphasized by the repeated juxtaposition of her and her younger sister, Arya. Sansa is abused both physically and psychologically, and while her sister would likely have lashed back with fists and steel, Sansa never once attempts to fight her way out of King’s Landing. She is, perhaps, one of the more universally hated upon characters in the series, with many a feminist decrying her for being so “weak” a female character, which just seems unfair to me. First of all, she is 13 years old. Second of all, what would you have done?

Many compare Sansa to Arya to prove how weak she is for never fighting back against the Lannisters. But take some time to consider whether Arya would have survived King’s Landing, considering her quick temper and impulsive behavior. Sansa, I argue, and will argue to the end, is so much stronger than anyone has given her credit for, just not in the typical sense. She proves time and time again just how intelligent she is as she navigates the harsh world she has found herself in. She learns the game being played around her, and slowly but surely she learns to play it herself. When Stannis attacks King’s Landing Sansa attempts to convince Joffrey to lead the Vanguard in hopes that he will be killed, but does so in a way she cannot be punished for and that appears to be a sign of respect for Joffrey as the true king:

“So you’ll be outside the gates fighting in the Vanguard?”
“A king doesn’t discuss battle plans with stupid girls.”
“I’m sorry, Your Grace. You’re right, I’m stupid. Of course you’ll be in the Vanguard. They say my brother Robb always goes where the fighting is thickest. And he is only a pretender.”

How then, could Joffrey refuse to lead the Vanguard, being reminded that the false King of the North always leads his? Of course, Joffrey is a certified coward and runs from the fighting as soon as the opportunity arises, but Sansa’s clever comment should not be ignored. She knows she cannot fight with force; she must instead fight with wit and clever words. And she does so at every opportunity.

My point is Sansa is by no means a “strong” female character in the traditional sense, but that should not disqualify her from being considered an excellent character in terms of representation. She has strengths and weakness, fear, courage, hope. She cannot be reduced to her physical weakness anymore than a real person could.

If what we want is better representation of women in media, we need to be calling for female characters that are every bit as complex and diverse as real women are. I want every girl and woman to have characters they can relate to, and forcing pop culture from one extreme to the other is not going to achieve that. And beyond that, it encourages the continued creation of two-dimensional characters. Sansa has been derided as a terrible female character, where River Song has been acclaimed as a fantastic female character, but personally, I prefer a thoroughly developed female character doing the best with what she has to a female character who exists solely to complicate a male character’s story, but who happens to be an excellent shot with a pistol.

If you are interested in reading more about this new-ish form of subtle sexism that has emerged in pop culture in recent decade I highly encourage you to check out Enlightened Sexism by Susan Douglas. I did not want to take up a ton of space in this post going into it, but she offers a really excellent analysis of these faux-progressive characters and plot-lines.

*Disclaimer: In talking about Sansa I am speaking directly about her as a character in and of herself and not about the horrific way her character has been treated by the writers of the show. As a character, she is phenomenal. But the writers have shown her nothing but disrespect in recent seasons. These, for me, are both valid but different issues.*

*This was originally posted on my previous blog, Paperback Planes. All content is mine, but was not posted to Katsyxo.com first*